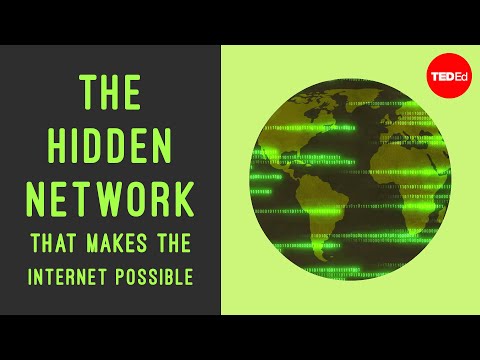 In 2012, the Japanese and Danish researcher team succeeded in transmitting data using fiber optic cables. It is more efficient than traditional copper cables. For decades, long-distance communications between cities and countries were carried by electrical signals. But in the late 20th century, glass strands carry pulses of light.

A phenomenon known as total internal reflection makes light to travel within the glass, rather than pass through it. When a ray of light inside glass hits surface at a shallow angle, it bends that it stays trapped. Compared to electricity, fiber optic signals barely degrade over great distances. That’s why we are using them as a communication channel undersea across and between continents.

According to the rapid increase in mobile devices, and the use of cloud computing, the demand for bandwidth is rising. The vast majority of internet traffic shuttles around inside data centers, where traditional electrical cables connect thousands of servers. Integrated photonics solved this problem that causing the waste of heat and bandwidth limitation. Light can be guided not only in optical fibers but also in ultra-thin silicon wires. These electricity-to-light chips allow for wasteful electrical cables in data centers to be swapped out for power-efficient fiber optics.

The 5G mobile tech knowledge is replacing mobile gigahertz signals to terahertz frequencies to carry data thousands of times faster. As you know, cellular signals get absorbed by moisture in the air or blocked by tall buildings. But with tiny wireless-to-fiber photonic transmitter chips distributed throughout cities, mobile devices can be connected and reach to servers in data centers.